The rock art of Soqotra spans several millennia and includes an array of signs, symbols and inscriptions related to the island’s rich and varied cultural and religious traditions as well as its extensive overseas contacts. However, despite over two centuries of exploration and archaeological surveys rock art remains one of the most neglected areas of study, with only three of the eight known rock art sites having been comprehensively recorded. Unfortunately, this situation is exacerbated by unsustainable development works that have and continue to threaten rock art sites on Soqotra. 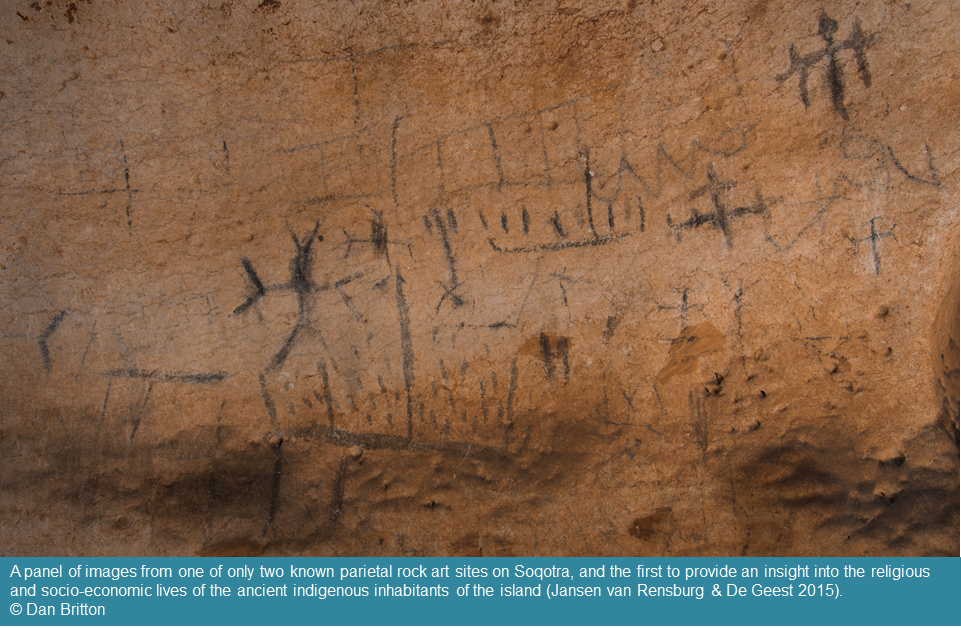 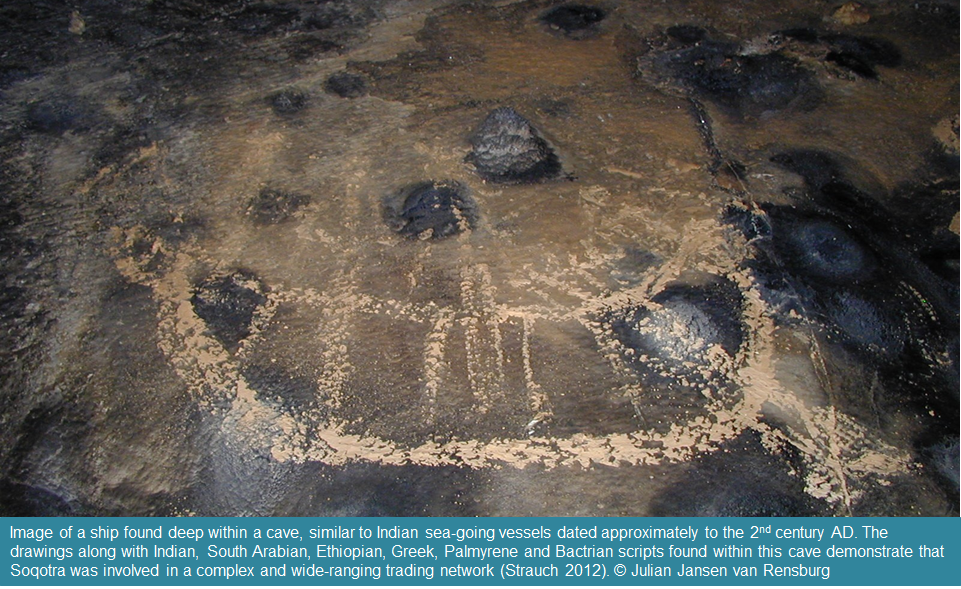 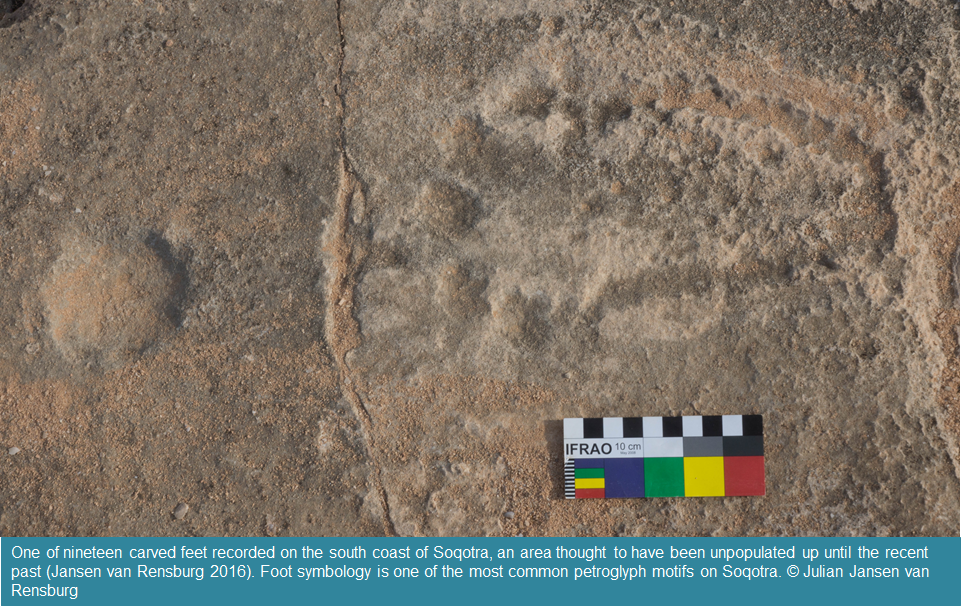 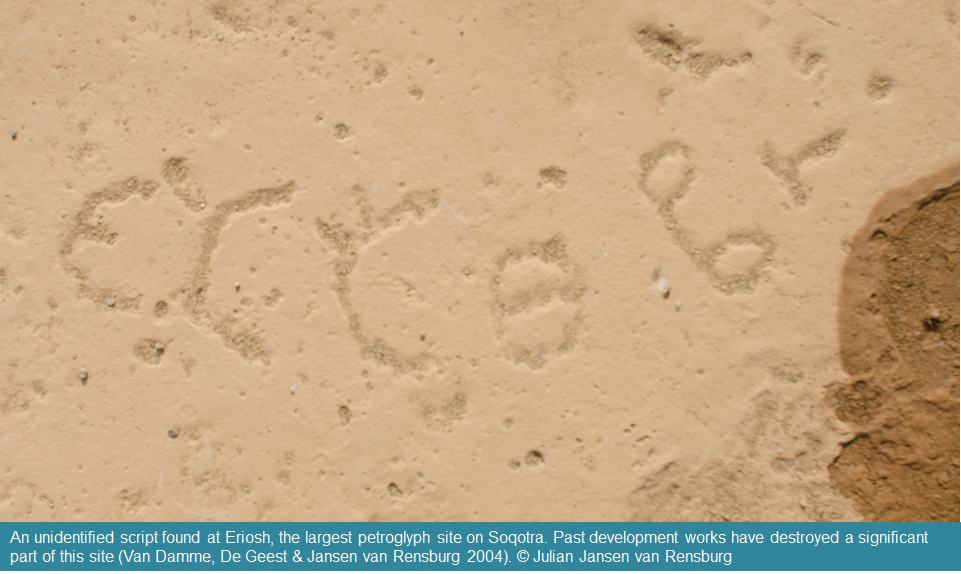