Soqotra has featured prominently in historical texts, such as the Periplus Maris Erythraei, as an important source of incense, dragon’s blood, and aloes. The cultivation of these products, particularly during the first centuries BC/AD, has resulted in the extensive modification of the island’s interior landscape, which is replete with wall systems, settlements and water catchments (leems) that appear to be related to past agricultural production and water management practices.

Very little is known about the extensive wall systems of Soqotra. In some cases, it seems clear that they were built to divert water into catchments, whereas in other areas they could represent boundaries of various types, or even soil and erosion management systems – the latter suggested as where walls have been breached it can be seen that the soils are different on either side and often leach through the barrier from one side to another. What is obvious is that almost all the wall systems occur on the karstic limestone plateaux of the interior, where water is the most important and scarce resource as it percolates quickly through the substrate to become unavailable. People have also made use of natural depressions and fissures that hold water in these areas, and they are often concealed or protected from open access to protect the resource further. 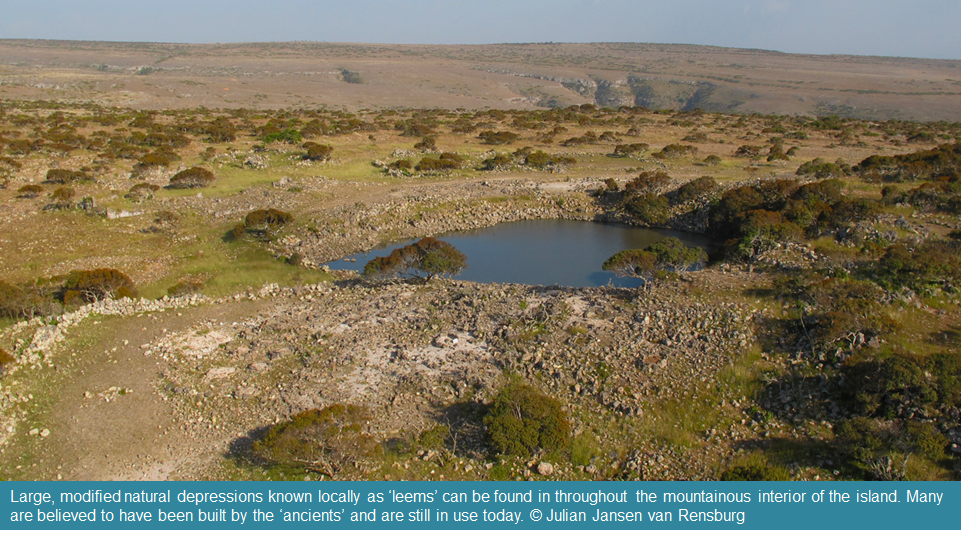 There are many settlements across the interior of Soqotra. Those that are no longer in use have rarely been studied in any detail, and their dates of construction, use and abandonment are unknown. Given the fact that the majority of interior inhabitants practised a form of transhumant pastoralism up until relatively recently, it is difficult to tell whether these settlements were transitory or we more permanent areas associated with past cultivation of valued commodities. 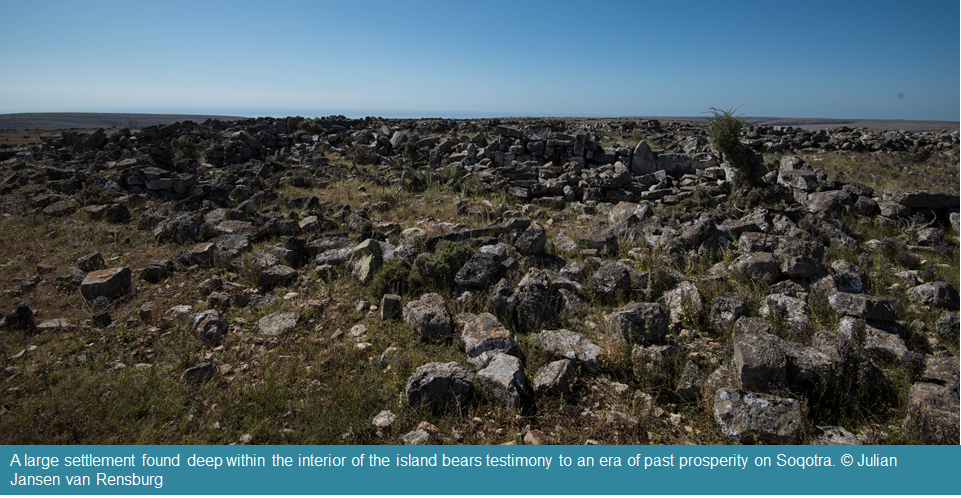