Many of the traditional crafts on Soqotra have been documented by Miranda Morris in her “Manual of Traditional Land Use Practices”. However, as fewer people maintain traditional pastoral lifestyles these traditions are being lost, and in order to document the knowledge and practices the Soqotra Heritage Project team had to request that the few remaining practitioners perform their skills in order to be recorded – they are rarely required in their day-to-day lives and there is little market for the products. The current generation may be the last to hold these traditions before they disappear.

A selection of traditional crafts are illustrated here. Further details and illustrations will be posted in the future as documentation, imagery and film becomes available.

It is recommended that any visitors purchase crafts from the local Women’s Institutions, where you will be directly supporting the ladies who are making them. The Women’s Institutes can be found in the main towns of Hadiboh and Qalansiyah. Ask your local guide for opening times and availability. 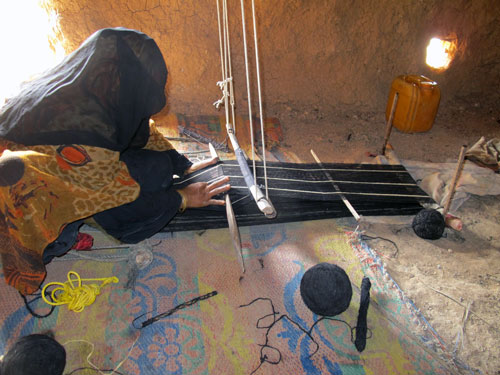 Weaving on Soqotra is undertaken exclusively by women, who use a horizontal ground loom. These looms have been in use from approximately 4400 BC (Collingwood 1968), and are especially suited to the early nomadic lifestyle of the Soqotri Bedouin. According to the Yemeni geographer Al-Hamdānī (c. 10th Century AD), Soqotri rugs and carpets were renowned for their quality, and formed one of Soqotra’s primary exports.

The whole process of weaving a rug takes several weeks, from washing and shearing the sheep, sorting the wool according to colour, carding the wool, spinning it, and finally weaving strips on the ground loom before fitting them together to make a rug. The texture of the wool will determine whether the rug is used as a floor mat, or as a blanket for those cold winter evening in the mountains. Each time a rug is made the ladies will sing a traditional Soqotri song, thereby imbuing each rug with its own distinctive story. Currently the manufacturing of these rugs is under threat as there are few elderly ladies remaining, who are able to make these rugs.

Traditional Soqotri pottery has been made and used on Soqotra for millennia, and archaeologists have found pottery similar to that in use today in some of the earliest ruins on the island.

The process of pottery making on Soqotra is back-breaking work that is traditionally only done by women, who will walk several hours just to find a suitable area to get clay and temper and bring this back to the village to begin making the pottery. The type of temper that is added to the clay and the methods used in making the pots differs between each region on the island. Typically, the women will make pots that will either be used for storage or heating and drinking milk and food, or incense burners. However, today you can also purchase model dragon’s blood trees, Egyptian vultures and even camels. Pottery is normally decorated with designs made using shells before it is fired. The pottery is then sometimes further decorated using either the juice of crushed plant leaves (often Jatropha unicostata and occasionally Withania species that are endemic to Soqotra) or Dragon’s Blood resin which is applied directly to the pot as it comes out of the fire. 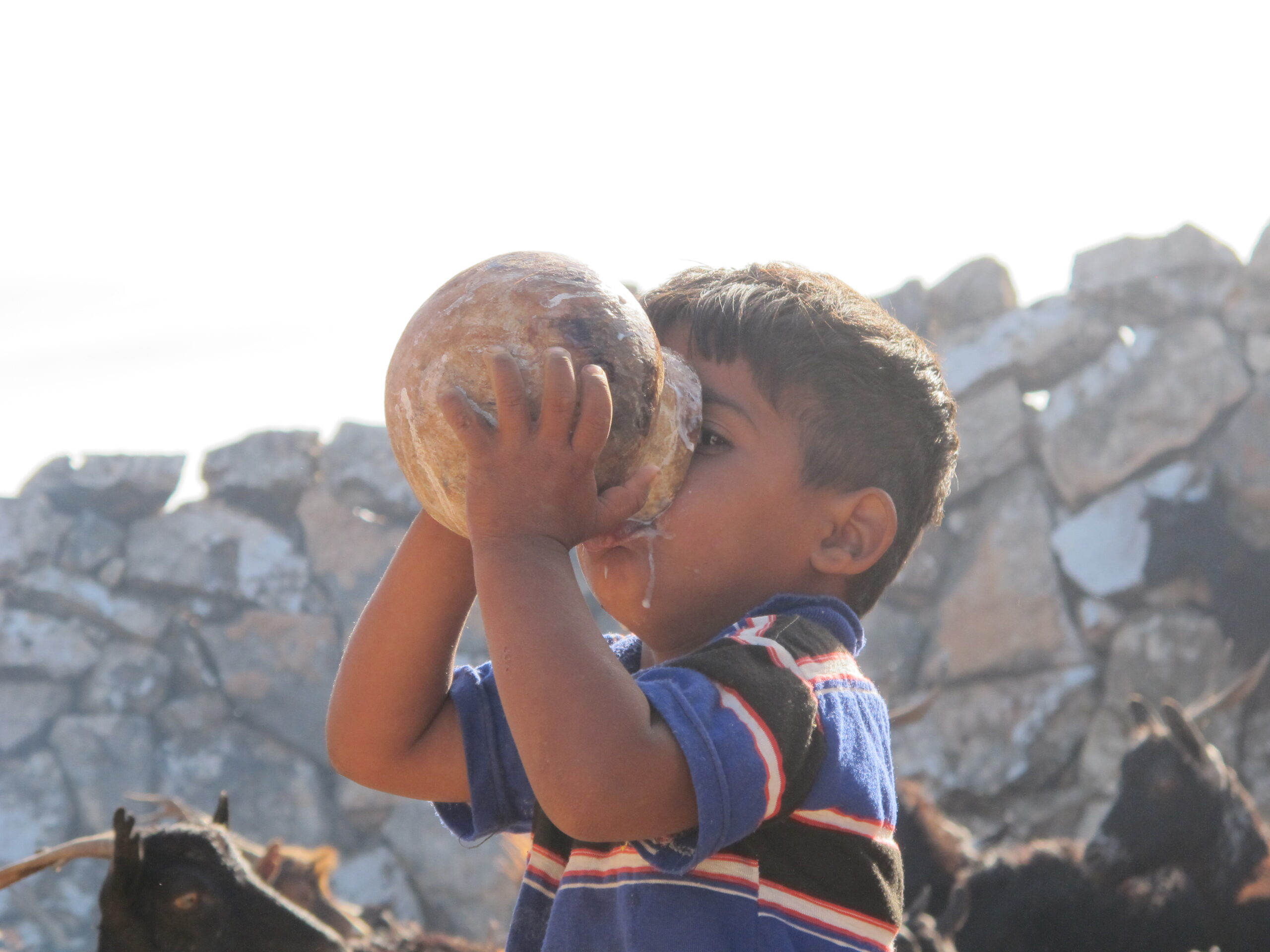 The collection of honey on Soqotra was traditionally limited to robbing the native wild bees, which were notoriously aggressive. However, with the help of French beekeepers the Soqotri started swarm-trapping and using locally available materials to construct beehives and thus the Soqotri honey industry was born. Today it is possible to purchase numerous types of natural Soqotran honey based on the plants that the bees are said to have visited, namely: Dragon Tree Honey, Ziziphus Honey, Aloe Honey, Euphorbia Honey, and others. Each of these types of honey have their own purported benefits and uses in treating a number of ailments. To ensure you are getting the genuine Soqotri honey we would recommend only purchasing from the local women’s association.

Traditional Soqotri cuisine is one of little wastage. In the interior, goat is often offered to the visitor. A traditional goat meal will normally comprise of several courses beginning with a soup from the water in which the slaughtered goat was prepared in, followed by the bones from which you can chew off the remaining meat and split apart to get to the marrow. During this time, you may be also offered half of the boiled or grilled goat’s head (apparently quite delicious, but not one for the squeamish). Finally comes the offal and meat on a huge tray of rice that will be accompanied with ghee and/or milk. Your host will then cut the offal and meat into manageable chunks for you to scoop up in the right hand with some rice. Along the coast one can obtain some of the freshest of fish, shellfish and even lobster, a real treat. 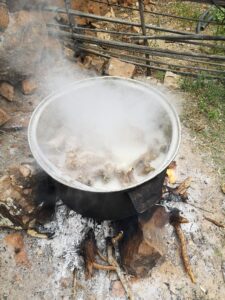 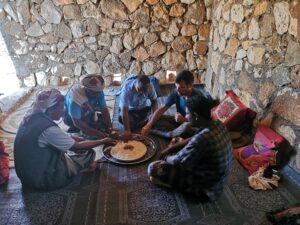 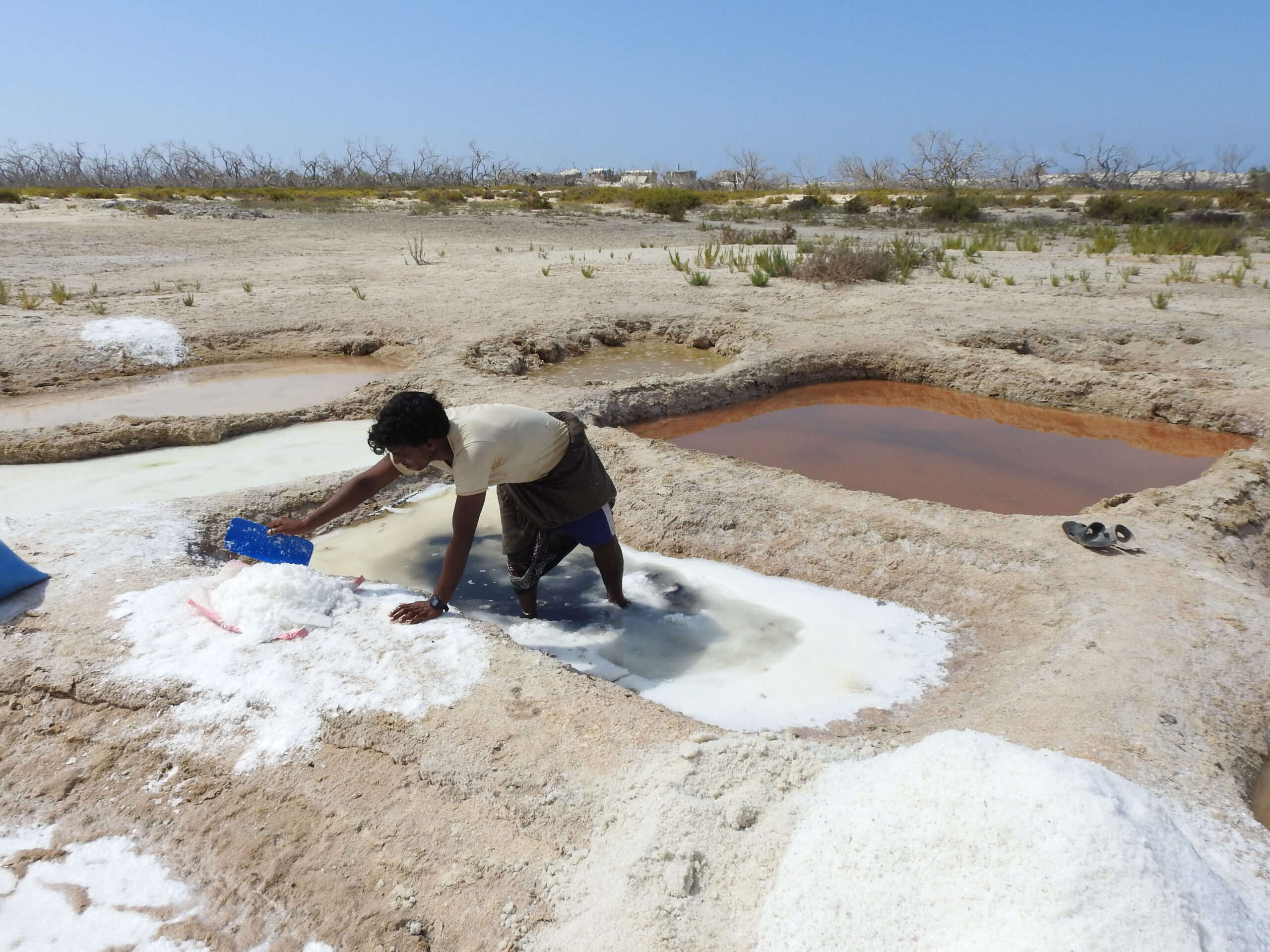 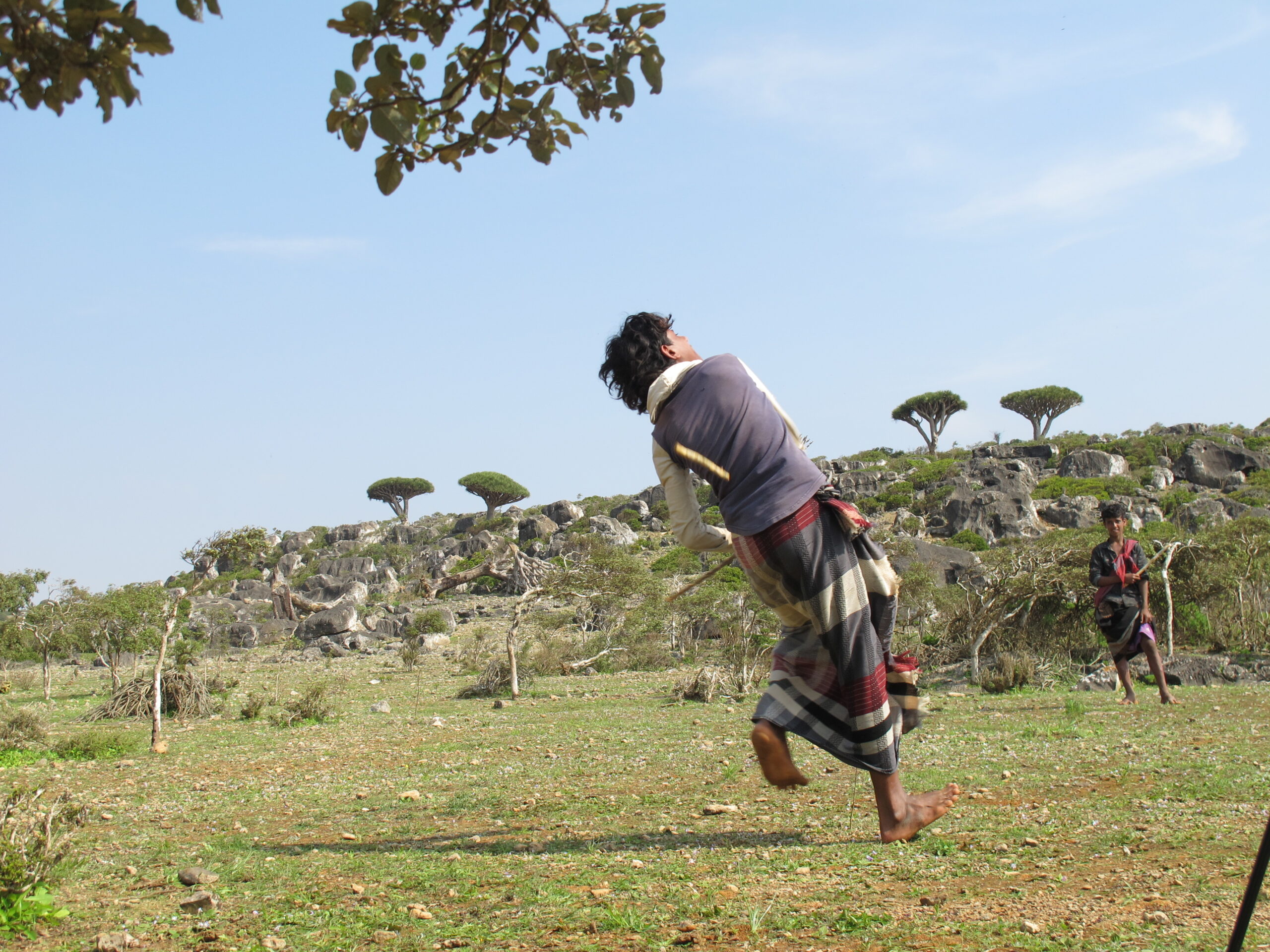